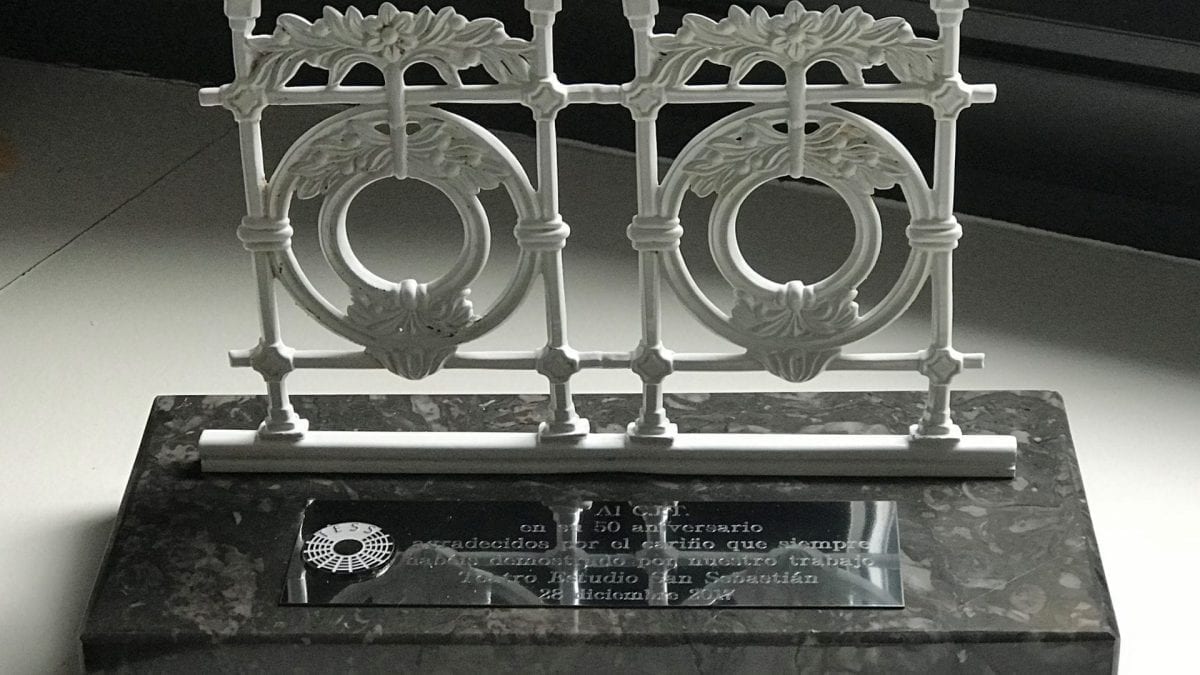 A huge thank you to our friends of Teatro Estudio de San Sebastián for the tribute they offered us yesterday at Topic. It was the last act scheduled for the 50th anniversary of our association. The last performance of “A Spanish Comedy”, funny but at the same time dense work that makes us think about family relationships.
A thousand thanks to all the cast that form TESS captained by our beloved Manolo Gómez and especially Mikel that despite the sad moment that was living did not want to suspend the show because “life is pure theater” and did not want to leave the CIT without its tribute.