Season tickets and tickets for the 43. Competition and 23. European Grand Prix of Choral Singing 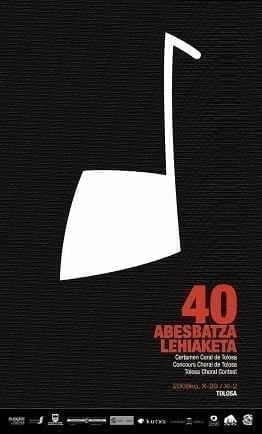 The first Tolosa Choral Competition was held in 1969. It was a simple beginning, although it involved a lot of hard work, since it was a step into unknown territory for everyone involved.

The directors of CIT were extremely excited and enthusiastic about the competition, the creation of which pursued a number of different objectives: to promote choral singing as an expression of beauty; to inject new value and prestige into the cultural life of our region; to bring different peoples together and to foster and defend the most important aspect of Basque culture, the Basque language.

Forty years on, CIT continues to view with enormous pride the work carried out by those pioneering men and women, as well as those that followed them. From humble beginnings, the competition has now become a major event on the international scene, and is currently one of the most prestigious choral competitions in Europe. It is a choral movement that, over the last 40 years, has hosted around 1,000 choirs and 40,000 individual singers.

One of the main features of this year’s event, in addition to all the participating choirs, is the fact that, for the first time ever, a choir from Taiwan will be coming to Tolosa to compete. There will also be an extraordinary concert given by the French choir MIKROKOSMOS, in which a cappella choral singing is combined with silent film images, dancing and video. The modern face of the choral discipline.

The success of this 40th Competition lies not only in bringing together choirs of exceptional quality, it also lies in the outstanding audiences who pick up on the quality, technique and feeling that they transmit. For this reason, we look forward to seeing you in Tolosa, to enjoy and make the most of this event together. 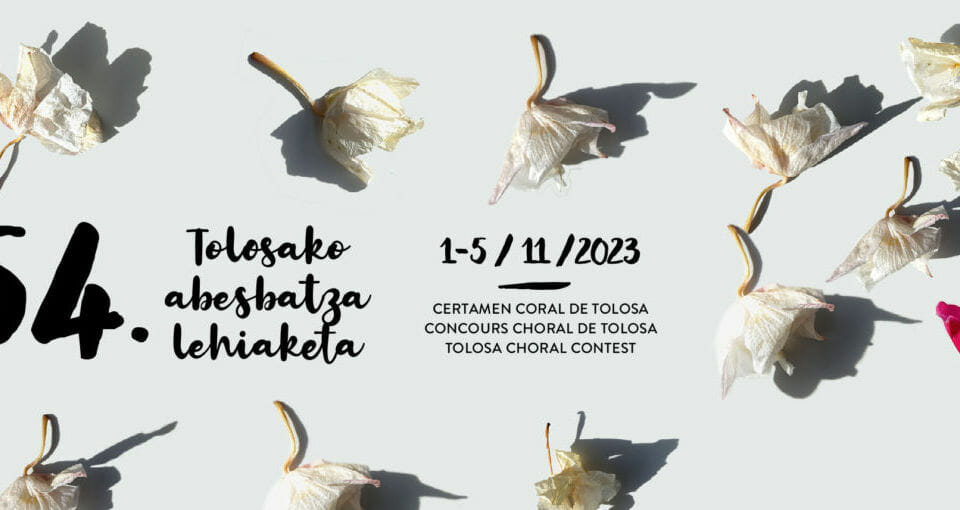