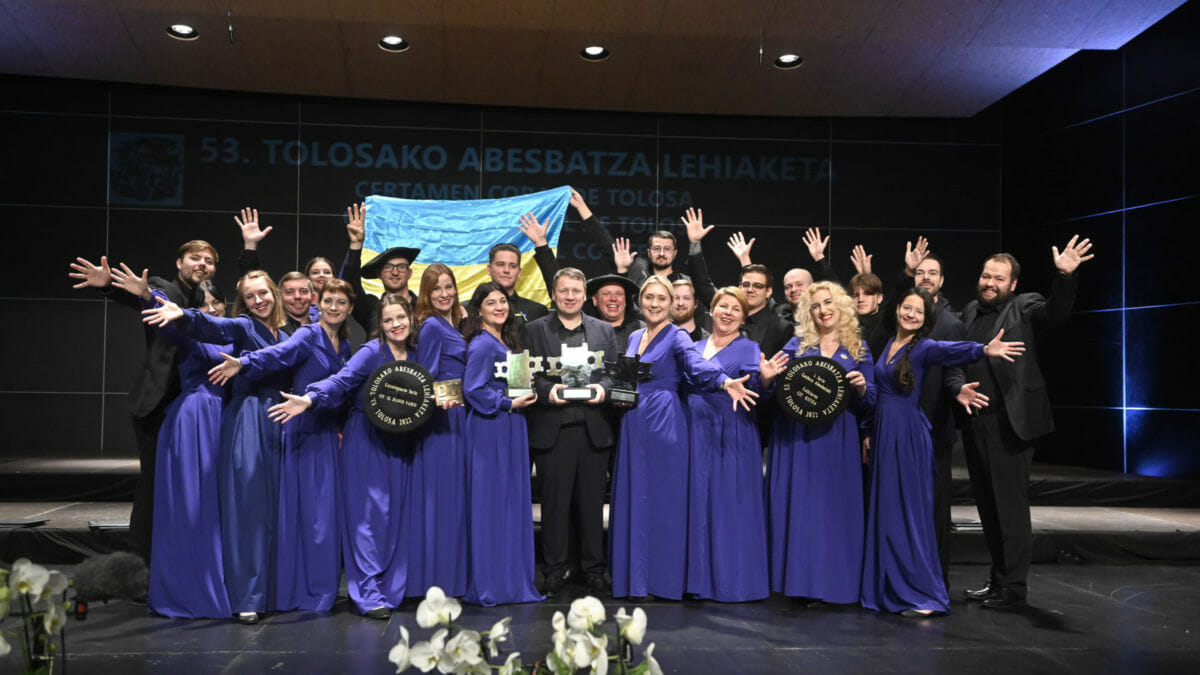 After more than 3,000 kilometers from Kiev to Tolosa by bus, the conductor Olexii Shamritski together with his Sophia Chamber Choir have won two awards for the best chamber choirs, in polyphony and folklore, as well as the audience award and the Kutxa Grand Prix.
Through the Kutxa Award they have been nominated for the European Grand Prix for Choral Singing that will take place in the city of Debrecen (Hungary) on April 29, 2023.
The Tolosa Choral Competition jury was chaired by Xabier Sarasola, accompanied by Petra Grassi from Italy, Martina Batic from Slovenia, Cesar Alejandro Carrillo from Venezuela, Jordan Sramek from the United States, Mats Nilsson from Sweden and Shin-Hwa Park from Korea.

In the field of polyphony, the second prize went to the Slovenian St. Stanislav Girls’ Choir and the third to the Brigham Young University Singers of the USA. In the folklore section, two of these choirs received the second Award: Brigham Young University Singers and St. Stanislav Girls’ Choir. The third prize went to the Mixed Choir Maska choir, from Latvia.
Among the children’s choirs, the Riga Cathedral Girls’ Choir Tiara from Latvia, first, the Swedish Adolf Fredrik’s Girls’ Choir, second, and the Catalan Veus Cor Infantil Amics de la Unión, third.
The Basque Government grants a prize for the best performance of a Basque song, which this year went to the Ellerhein Girl’s Choir of Estonia, for the piece Errota by Junkal Guerrero.